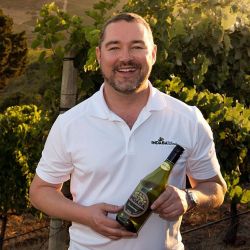 Robert Bradshaw is the President and Chief Operating Officer of Cape Classics, a highly regarded U.S. wine import company based in New York that built its reputation on South African wine. He’ll be bringing a unique perspective with his comments on the challenges facing importers representing emerging wine regions.  .

Cape Classics is currently expanding into France and has quickly become a respected source for marquee producers from the Loire and Burgundy. Rob is responsible for managing operations and establishing strategic direction for the company.  He holds a Certified Sommelier level from the Court of Master Sommeliers and is a frequent guest presenter at business schools in Boston, New York and Stellenbosch.

Prior to joining Cape Classics as COO in January of 2009, Rob was the National Wine and Beer Buyer for Trader Joe’s, responsible for expanding their business with wineries, breweries and multinational beverage alcohol companies across five continents. Rob recently graduated from the prestigious Stagen Leadership academy in Dallas and earned an MBA from Suffolk University’s Sawyer School of Management.