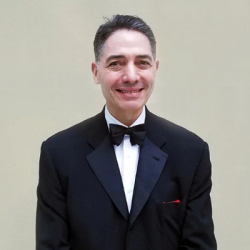 Martin Sinkoff is Vice President-Director of Marketing (CMO), Frederick Wildman and Sons, Ltd., where he has directed marketing, promotion, and advertising efforts of all wine and spirit brands since 2008. In his current position, Mr. Sinkoff is the Company’s supplier liaison, managing all communication to and from Wildman suppliers. He also oversees education and training of sales staff on all Wildman wines and spirits. As a member of Wildman’s executive management team, Mr. Sinkoff’s responsibilities also involve helping to plan the Company’s strategic direction.
Prior to joining Wildman, Mr. Sinkoff managed Martin Sinkoff Associates, wine consultants, representing, among other clients, Wines of Chile. Previously, from 2005, he served at William Grant & Sons, overseeing its wine business.

From 2001, Mr. Sinkoff served as Marketing Director of Pasternak Imports, following its acquisition of Martin Sinkoff Wines, Inc., a national import company he established in 1996, which evolved from his representation of Val d’Orbieu Wines beginning 1990. Before that from 1980-1990, he was Director, Fine Wine, at Glazer’s (now Southern Glazer’s).

In 1979, Mr. Sinkoff met and was hired by Alexis Lichine, the famous author and importer, to translate parts of Lichine’s Encyclopedia of Wine & Spirits and to work as Lichine’s assistant at his property in Margaux, France, Château Prieuré-Lichine. Martin began his career in the wine trade in 1978 working for the venerable New York retailer, Morrell and Company.

Mr. Sinkoff holds a BA from Brown University, an MBA from Southern Methodist University, and was awarded the Ordre du Mérite Agricole by the French Government for service to the French wine industry in 2004. He also is the recipient of a Lifetime Achievement honor from Les Dames d’Escoffier, Dallas, Texas. He serves as President, Congregation Ansche Chesed.