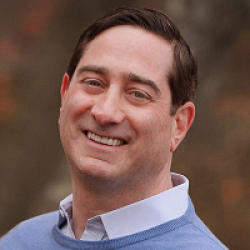 Jonathan Newman, CEO and chairman of Newman Wine, has been recognized as one of the top leaders in the wine industry. In 2003, he was named Wine Enthusiast Magazine’s Man of the Year.

Jonathan has also received numerous significant industry awards, including the American Wine Society’s Award of Merit and the Guild of Sommeliers’ highest honor, the Distinguished Service Award, for outstanding contributions to the wine industry. He was also named by Marvin Shanken’s Market Watch Magazine as one of the top five leaders in the alcoholic beverage industry and was a keynote speaker at Shanken’s Impact Seminar. As chairman of the Pennsylvania Liquor Control Board, Jonathan was instrumental in many initiatives, including the creation of the Chairman’s Selection program, Sunday sales and the creation of wine festivals in Philadelphia and Pittsburgh.

He was the recipient of the Rotary Club’s Vocational Service Award and was a keynote speaker at the Bar and Nightclub convention. Jonathan is very active in his community. He served for three terms over 9 nine years as a board member of the Greater Philadelphia Tourism Marketing Corporation (“Visit Philadelphia®”) and as a member of the Governor’s Privatization and Innovation Task Force. He also served as chairman of the Pennsylvania Harness Racing Commission and on the Pennsylvania Thoroughbred Racing Commission.

Jonathan was also a member of the board of trustees of the Pennsylvania Academy of the Fine Arts. He is past chairman of three prestigious boards, including the Pennsylvania Board of Law Examiners, the Disciplinary Board of Pennsylvania Lawyers and the Attorney General’s Policy Council on Violence Prevention. Jonathan sits on the board of Pacer Funds Trust and is a contributing editor for both Beverage Dynamics and StateWays magazines