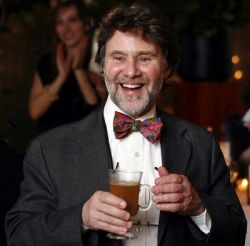 Gregg Glaser is the Publisher/Editor of Modern Distillery Age, a weekly trade magazine for the spirits business, and Editor in Chief of Yankee Brew News, a bimonthly consumer newspaper covering craft beer in the Northeast. He contributes regularly to Modern Brewery Age, a weekly trade magazine for the beer business, and for 14 years he was the News Editor for All About Beer Magazine, a consumer magazine.

He’s written for many other consumer and trade publications. Gregg conducts monthly tasting panels for Modern Distillery Age, Modern Brewery Age and Yankee Brew News. Since 1996, he’s been the Competition Director for the Great International Beer & Cider Competition, the largest professional beer and cider competition on the East Coast. In New York City, he conducts spirits and food tastings throughout the year, working with Food Karma Projects.

He also conducts spirits, beer and saké talks and tastings around the world and has consulted for breweries, importers, wholesalers and restaurants. Gregg has a degree in Communications with concentrations in Cinema, Television and Radio from Ithaca College. He studied comparative media in Britain at the BBC, IBA and Pinewood Film Studios and in Italy at RAI and Cinecittà.

Gregg will discuss 10 Key Points that brand owners need to know when they pitch their brand stories to press and media.