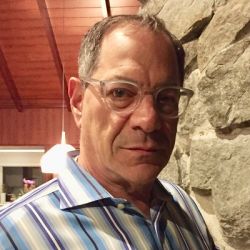 Gerry is co-founder of Leblon Cachaça the #1 selling cachaça in the USA which was sold to Bacardi. Leblon was responsible for introducing the Brazilian spirit to American drinkers and making the caipirinha a famous cocktail across the country.

He began his career in strategic planning in Paris as a consultant to the Center for Advanced Communications for Havas. In France he helped launch Lipton’s first soft drink, Liptonic and worked on Glenfiddich. At Ogilvy & Mather New York Gerry was the Strategic Planning Director for American Express. He was instrumental in the design, development and launch in several countries of the new American Express Blue credit card.

He was also on the new product team for Seagrams and helped reintroduce Seagrams 7 Crown and a regional line of flavored product. He drove strategic development work for Four Roses Asia and The Glenlivet. Later, as a consultant, Gerry was retained by Möet Hennessy USA where he contributed to the re-emergence of Grand Marnier and the development of new products such as Ten Cane Rum and Navan. Currently, Gerry is a consultant based in New York area and has worked with various emerging brands and companies such as Conjure Cognac, Crown Royal, VDKA 6100, Egans Irish Whiskey, Montenegro Amaro and ForceBrands. He has recently launched a new concept in strategic brand consulting: gerrythebrandcoach.com