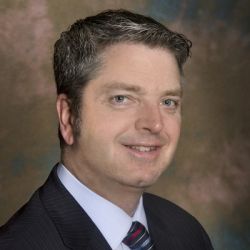 David is a 20-year veteran of the gourmet marketplace. He graduated with honors from the University of Rochester with a Bachelor of Arts in political science and economics, and later earned his master’s from the William E. Simon School of Business in economics, finance and public policy. His vast experience in the marketplace includes many diverse roles beginning on the retail side of the business, followed by experience as an independent gourmet sales representative, marketing consultant and national sales manager.

David assisted in the successful launch of several European housewares brands in the United States during his time as a consultant in the industry. He developed and hosted first-generation websites for companies in the late ’90s, and later founded Housewaresdirect Inc. during the height of the Internet revolution. David launched Gourmet Business in 2010, a few months before the launch of the game-changing iPad. David and his team publish 7 different titles includes Sante Magazine which was acquired by his company earlier this year.

Join David when he takes on the press panel at 2017 USA Trade Tasting conference.